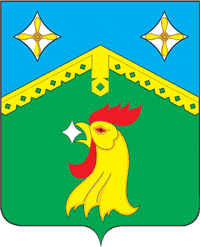 In the 19th century, Tomilino was an estate of Obolensky knyazes. Tomilino was officially founded in 1894 by merchant Tomilin as a suburban settlement where he built his own house. It became very attractive for people because of a very close location to Moscow. Later Tomilino became known as a scientific research, development, and production centre. Some major enterprises were founded by the government. One of them is NPP Zvezda plant, famous for the spacesuits for Russian cosmonauts, including Yuri Gagarin, and aircraft ejector seats, which highly proved themselves in many extreme situations. There's also Mil Moscow Helicopter Plant ("Mil helicopters", "MVZ"), Tomilino plant of diamond equipment "TOMAL", Tomilino poultry farm and a textile mill. Tomilino semiconductor devices plant "TZPP" became operational at 1958. Tomilino is known as a worker's settlement since 1961.

City administration has decided to install IP-based security system due to the aggravated criminal situation to improve the personal safety of its residents. IP cameras were installed in public places (railway station, main city square), on the roads with high traffic density, in playgrounds and in some so-called "problematic" areas.

At the software selection stage, customers identified a number of the most important system functions and properties:

Eocortex VMS showed the best results compared to the competitors’ software, so it has been chosen to ensure the safety of the Tomilino village.