What is the difference between a video server and a video recorder?

The video surveillance experts have been arguing for a long time – what is better, a video recorder or a video server? We have conducted some research and concluded that the point of view regarding this issue depends exclusively upon the product of the company whose representative participates in the discussion. In order to conclude the argument, we invoked the state-of-the-art technology.

Just three years ago people might argue about using a powerful video server for the project or if it would be possible to make do with a video recorder. The server used to be large and expensive, and the video server – small and cheap. There were more important dissimilarities as well.

His Highness the Server

Let us start from the beginning. Until recently, it was customary to use the term “video server” when talking about a special hardware and software package that consisted of a hardware platform and a multicomponent software suite. The video server software can be divided into two parts: the unique video camera software and the operating system ensuring the operation of the whole package. The Windows Server operating system is a pain in the neck of any system administrator. Even today, it is still vulnerable to network attacks, it needs a lot of hardware power and computing resources and, of course, it requires purchase of the necessary licenses. However, cheaper and more secure Linux-based operating systems often become a headache for the management: to operate them efficiently, a company will need highly-qualified staff with hefty salary expectations.

Video server is like a good old personal computer: you take a metal box and fill it with what is needed for working with the security cameras. And the more powerful are the components, the more heat they emit. Because of the cooling fans, a high-power video server is always a noisy device that needs to be installed in a separate room. And it would better be located as far as possible from the jittery ladies of the accounting department. 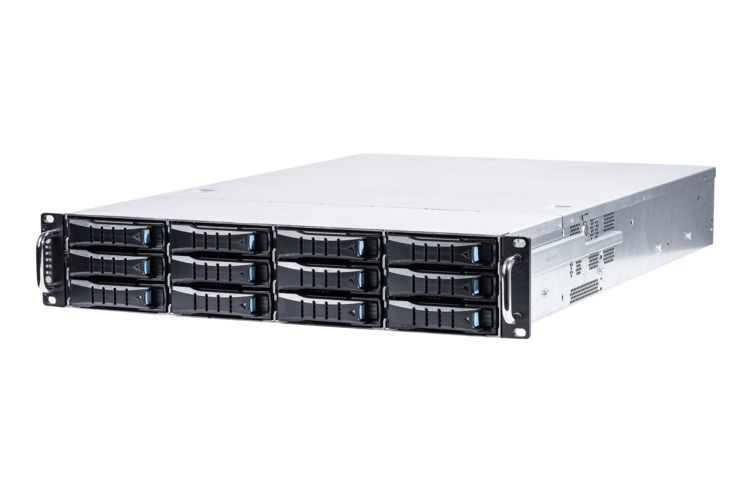 His Majesty the Video Recorder

The network video recorder, or NVR, was considered to be a cheap and simple option for working with security cameras. On board of a video recorder there always was the unique software suitable for a specific CCTV system. The video recorder was a protected and ready-to-use device with closed architecture. It did not require any extra expenses like a subscription fee.

The video recorder is a compact device. Its components are picked to ensure that no additional cooling would be required. So, the NVR does not make noise, meaning that it can be installed under the desk of a security guard, and even close to that jittery lady from the accounting department.

But the time ticks by and the technology is evolving. Until very recently, an electric car seemed a technical marvel; now we see them on the streets every day. A compact disc seemed to be the best audio stream media before the onset of the MP3 players. The video recorder has evolved, too.

Before, the distributed recording of video streams to all the installed HDDs simultaneously was only possible with video servers. Nowadays even the most basic NVR uses RAID technology, enhancing the system performance as a whole and improving the data storage reliability. Now, even the fault of several HDDs of the NVR does not mean that the user will lose any recordings from the cameras.

The approach to video analytics has changed, too. Before, the video analysis was inextricably connected with the servers; today, the face recognition or license plate recognition is an easy task for an NVR. Some NVR models are capable of using up to 20 intelligent modules at the same time.

The most important thing is that the NVR is no longer as closed as the product of the most pomaceous brand. The modern network video recorder is as much of a construction set as a video server. It can be equipped with any version of the software and refit with the hardware required for a particular video surveillance system. It is possible to add RAM, install a RAID controller, an additional video card for displaying videos, a video card for working with the video analysis modules based on the neural networks, an extra network interface card – effectively, there is no more difference between a modern video recorder and a video server.

Thus, something that was considered to be flexible and adaptive before, turned obsolete and cumbersome.