Sign in
En Ru Es
Join Our Free Webinar: Video analytics based on neural networks.
Sign Up
January 11, 2019
Back to blog

Face Detection and Face recognition – what is the difference?

Face Detection is a way of finding a human face on a video clip or a photo. Modern software is capable of detecting faces among other objects of the environment.

Sure enough, a human face is a source of much information. Analyzing it, we can determine sex, age, emotional state of a person. State of the art technology presents us with the wide range of capabilities to obtain information contained in a human face. Human brain analyzes faces around us in a fraction of a second. But, when it comes to computers, the process is more complicated.

In simple terms, in order to detect a face in the frame, the computer scans the area for the presence of basic features which differentiate a human face from the background. The scanning must be performed regardless of varying lighting conditions, orientation and distance from the sought object to the camera.

There are several methods a computer can use to detect a face.

This is a simplified method a computer can employ to try and find the faces. The software scans an image, searches for areas with a typical color of skin and parts of a face.The limitation of this method is that the human skin has a wide range of hues, meaning that not any person may be recognized in such a way.

People think that video analytics software is only useful for security purposes. Video Management Software (VMS) can prevent crime by sending alerts to the guards. It can also fasten the investigation process by doing the analysis within seconds.

Motion detection method is also used for face detection. People are moving, that is why one of the methods involves using software for capturing a moving area. Other parts of the video are also in motion, so the softwae must be capable of separating the face from other objects. To do that, the method of anchor points is used. 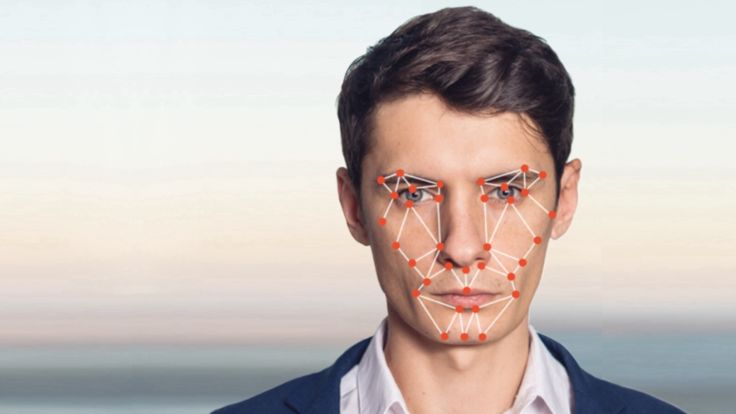 The first anchor point is the blinking eyes. If the software detects eyes that are located symmetrically and blink, a face will be detected. After that, the area of video image that contains a face is determined. It is performed on the basis of a model of a face.

There are several models that are created based on the shape of the face and its features. For example, they can be broken down into an oval, a circle, a square, a triangle, etc.There are also other points that can indicate to the system that the image may contain a face. These include brows, nostrils, forehead, and mouth.

As soon as one of these objects is detected, the software will compare the object with the face models in the database and identify a face if there is one in the frame.

The terms Face Detection and Face Recognition are frequently used erroneously, because people fail to see any difference between them. In reality, these are two different processes with different functions and levels of complexity.

As previously mentioned, the face detection is a process that determines the presence of face(s) in a still image of in a video clip. For example, such function is available in most smartphone camera software. But face detection module does not determine whose face is in the frame.

Face Detection does not memorize or save facial features. If the software detects a face of some particular person in the frame and later finds the same face on another image it will not determine that the face belongs to the same person, it will just detect the presence of a face in the frames. The software can provide data regarding age and sex of a person on each frame, but no more than that. Face Detection software cannot recognize particular persons.

On the contrary, Face Recognition is connected with identifying and recognizing persons.

The face recognition helps to set up controlled access to the facility, create various access groups, and solve marketing challenges.

Face detection is used for various purposes. First, it is an essential step for the subsequent face recognition. There can be no recognition without detection. Face detection solves several safety-related challenges, for example, intrusion on the restricted territory or absence of an employee at his or her workplace.

Face detection can be used to save power. For example, there exist smart TVs that detect when someone is watching them and adjust their brightness accordingly. Also, the face detection module can be used for marketing purposes, to determine sex and age in order to create targeted advertisements. Determining emotions helps to evaluate efficiency of marketing communications.

Face detection can be used to save power. For example, there exist smart TVs that detect when someone is watching them and adjust their brightness accordingly.

If you don’t know which module would better serve your purposes, write to sales@eocortex.com , and our manager will assist you in selecting the right option for your project.

cases novelties
We use cookies on this site to ensure the best service possible. Read more
Accept